MyOperator is designed with simplicity in mind, most of our customers can do most of the stuff from the MyOperator panel itself. But, MyOperator IVR designer may not be enough to handle every kind of IVR flow, especially with customers having custom requirements related to dialing or playing dynamic messages. MyOperator provides a feature called Input Node for such cases.

To get the Input node working customer must have the following things:

After setting the required settings for Input Node, when a customer calls on MyOperator IVR with input node configured, the following steps will be followed: 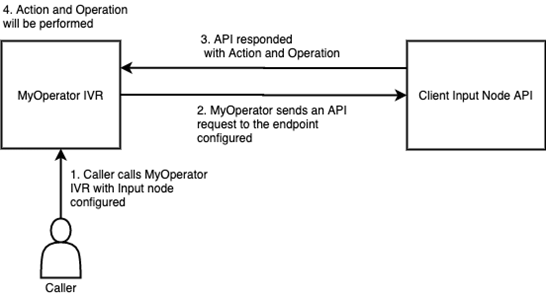 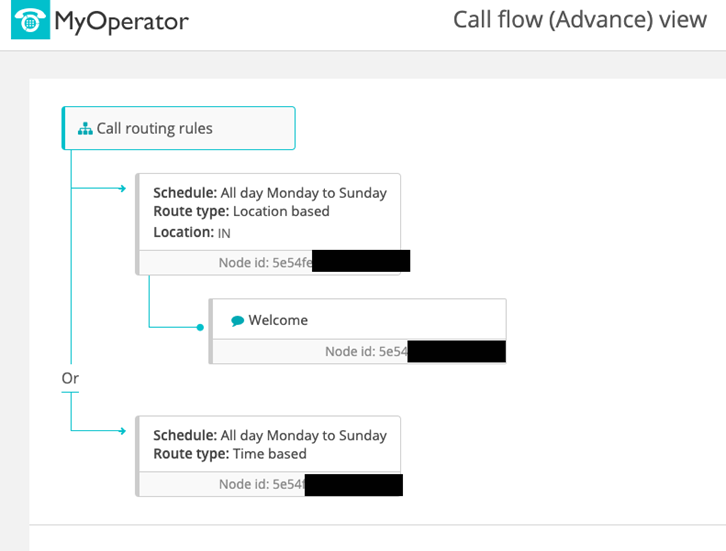 Parameters will be sent according to the format configured on the MyOperator panel in section MyOperator/Integration/Webhook. A screenshot of the same is provided below: 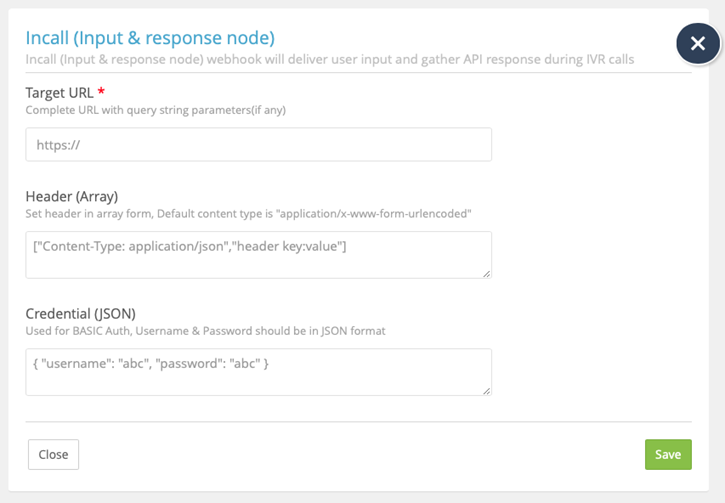 An explanation of each input in the form is provided below:

MyOperator needs responses from the Input Node API in a certain way to perform a particular action. The response should be in JSON format, with the below parameters:
operation-data possible scenarios concerning operation value are given below:

Case: TTS will be played and the next node the IVR will be executed.
Case: When action is url , the value should be a valid url with an mp3 file:

Case: If you want to loop input node commands, then use jump-node operation as given below:

Case: If you want to play TTS and dial MyOperator users below example can be used:

Case: If you do not wish to play a greeting and want to dial users directly:

Case: If you wish to hang up the call after playing a greeting:

Case: Dial numbers will work similar to dial users but numbers will be passed instead of users, along with anon_uuid:

In case of any query please contact the support team at support@myoperator.co. Or generate a support ticket from MyOperator Panel.